How can you keep your team at work accountable?

Thus, it can be said that accountability quintessentially comprises of just ‘What occurred’ and ‘That is what occurred’. It is understood that the individual who holds another person accountable tends to ask the hard queries, while the other person who is accountable knows precisely all the goings-on.

Measures to keep the team at work accountable

The most important aspect of keeping a team accountable is starting and maintaining a dialogue with the team. But it is important to note that what occurs during such dialogues is what distinguishes great leaders from average bosses.

Listed below are 4 concepts that can be used by managers during dialogues to increase accountability; they can be really tough to inculcate, but once mastered, they can have a considerable effect on the team.

Open-ended questions prevent team members from offering a yes or no response and instead elicit a more detailed reply. Open-ended questions can be ‘What is not working and/or what is working?’, and ‘What is your goal at this job?’, etc. Increased number of questions during all meetings, be it weekly updates, one-on-one sessions, or direct feedback, will help improve a team’s accountability over time.

This term was first stated by Amazon.com founder Jeff Bezos. It means that one of the responsibilities of a boss is to permit the team members to make decisions on their own and that would lead to them being held accountable for the decisions.

In other words, ‘disagree and commit’ means that even if the manager disagrees with the decision of the teammates, he/she should choose to disagree but still go ahead and commit to the plan of the team.

The boss should be cautious even when making recommendations because they may seem like decisions to the team members. Thus, when the manager holds the team accountable for a decision, the team members can state that the decision was the manager’s suggestion.

It is vital for managers to avoid solving an issue as soon as a team member comes to them with the problem. This act of not offering solutions may feel unnatural, but it is not always the manager’s job to provide answers. Managers should avoid solving team issues even if the resolution is easy and simple. When managers keep offering resolutions, then it tends to take the onus and glory away from the team and makes the team less accountable.

Whenever a team member comes to them with an issue or issues, then managers may empathize with the teammate and then ask an open-ended question to let the team member come up with a solution. For example, the manager can say, “Yes, it is indeed a problematic situation and it must be tough on you. So, what do you think you need to do to resolve it?”

Holding a team member accountable at work can be a discomforting scenario for both the manager and the teammate. However, it must be done. During such an accountability session, managers must take care to take into account only valid reasons for a failure and trash invalid excuses offered by the team member. It may be noted that an excuse is something that is stated as a cause of the failure, but which does not assume any responsibility. 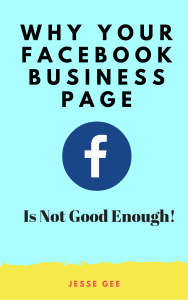